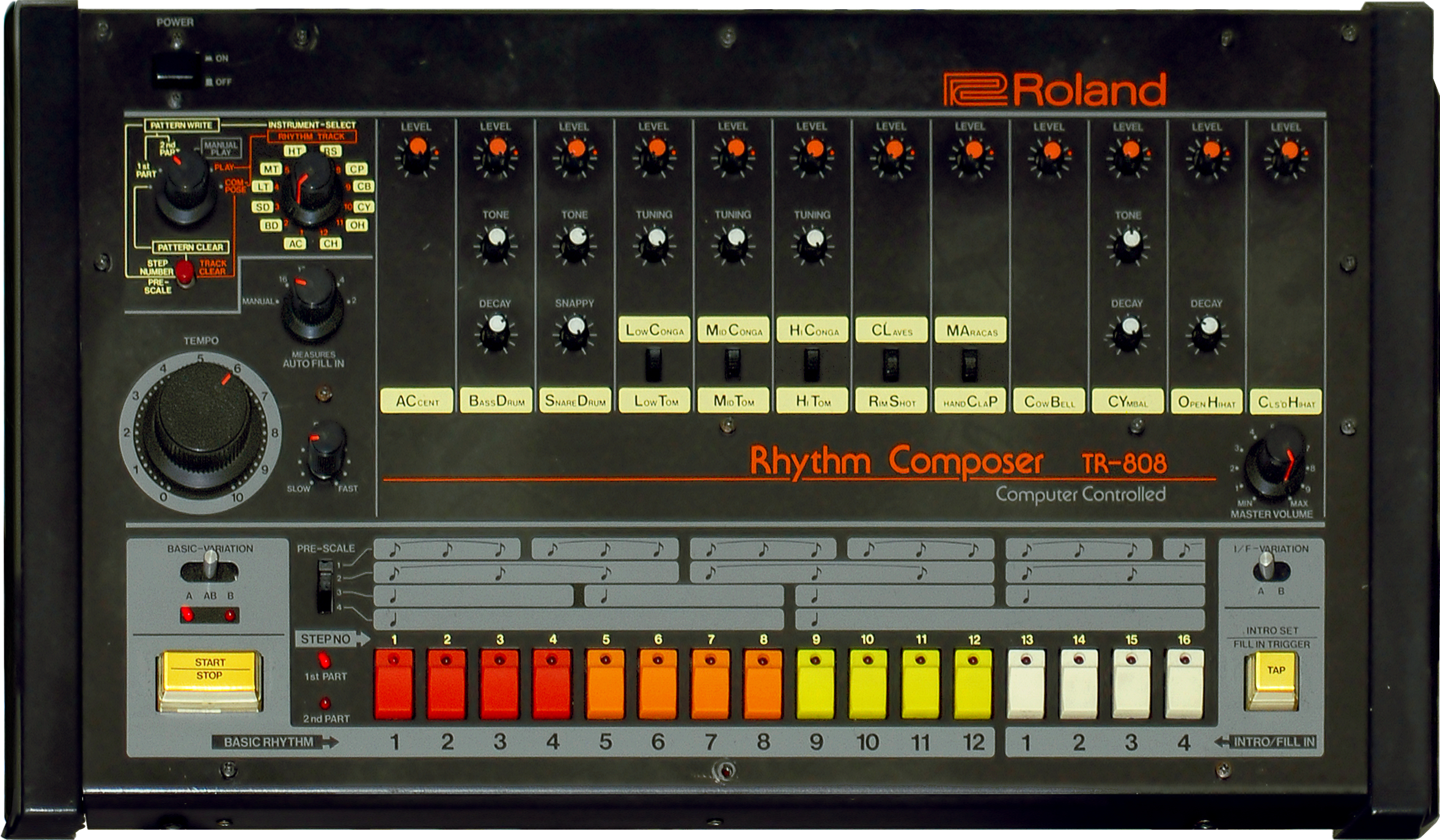 The first normal looking drum machine Roland TR-808 Rhythm Composer, commonly known as the 808, is a drum machine manufactured by the Roland Corporation between 1980 and 1983. It was one of the first drum machines to allow users to program rhythms instead of using preset patterns. It was originally manufactured for use as a tool for studio musicians to create demos. Like earlier Roland drum machines, it does not sound very much like a real drum kit. Unlike its nearest competitor at the time, the more expensive Linn LM-1, the 808 generates sounds using analog synthesis rather than playing samples (prerecorded sounds).

Launched when electronic music had yet to become mainstream, the 808 received mixed reviews for its unrealistic drum sounds and was a commercial failure. After building approximately 12,000 units, Roland discontinued the 808 after its semiconductors became impossible to restock, but units remain in use around the world. It was succeeded in 1984 by the TR-909.

Over the course of the 1980s, the 808 attracted a cult following among underground musicians for its affordability on the used market, ease of use, and idiosyncratic sounds, particularly its deep, "booming" bass drum. Drum machines in general became an integral part of rap music as a cheap and simple way of producing a drum sound. The Roland TR-808 held specific appeal because of the ability of its bass drum sound to produce extremely low-frequency sounds. It became a cornerstone of the emerging electronic, dance, and hip hop genres, popularized by early hits such as "Sexual Healing" by Marvin Gaye and "Planet Rock" by Afrika Bambaataa and the Soulsonic Force.

The 808 was eventually used on more hit records than any other drum machine. Its popularity with hip hop in particular has made it one of the most influential inventions in popular music, comparable to the Fender Stratocaster's influence on rock. Its sounds are used as samples included with music software and modern drum machines, and it has inspired numerous clones.

It's 100% analogue and is still proclaimed to having the best clap. It's also very famous for it's good marracas sounds.

Pandemonium, Ruff in the Jungle Bizness and many more older tracks. 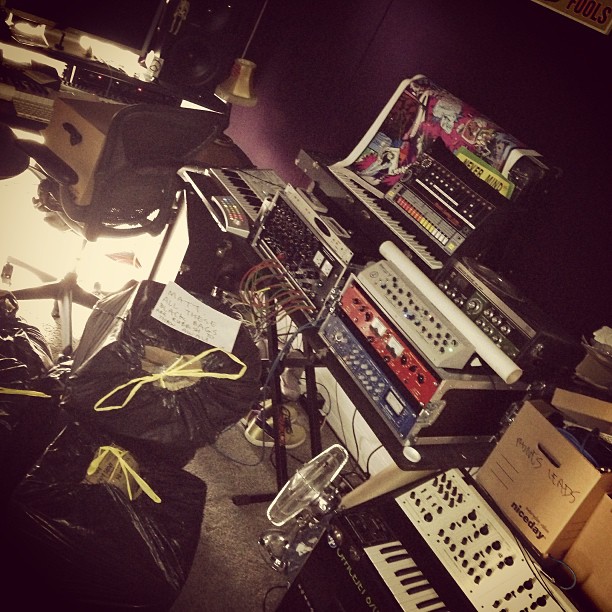