Leo Crabtree is currently live drummer for The Prodigy.

Leo Crabtree went to a very musically orientated school with an orchestra, jazz band, big band etc, all of which the students were encouraged to became a part of. The school also employed a drum kit teacher, which was quite unusual, the only tuition up until then was snare drum rudiments which was not particularly interesting to Leo. The teacher, (who is still a good friend of Leo Crabtree), was Sam Anstice-Brown. Leo: "Sam taught me to listen to a great variety of music (even if it's not to your particular taste) and learn from it. The most important thing I learnt from tuition (apart from basic rudiments) is to keep your ears open - even if you don't like a genre of music."

Leo Crabtree says he has always listened to a variety of music: "I love the old school band session guys. Bernard Purdie, Clyde Stubblefield, basically the guys that made modern music what it is. Equally, I personally learnt a lot from the '90s jazz/ fusion guys like Dennis Chambers and Dave Weckl, they have perfect technique. I love the performance of rock/metal guys such as Lars and Dave Grohl. For me the epitome of modern technique and musicality can be found with Brann Dailor, Danny Carey and Gavin Harrison. But, at the same time I love the grooves laid down by Clive Deamer and Jeremy Stacey."

Leo Crabtree met the Prodigy's previous drummer Kieron Pepper when he was working as a drum teacher in Birmingham while at University. They got on well, and stayed in contact. When Leo got the job working for Tama in the UK, Kieron was the first person he called. When Kieron left the band in 2007, he called Leo and told him there was a job going. Leo: "After that I made a tape on a friend's video camera of me playing to some Prodigy tunes and sent it to the band, and they called me up for an audition. I did that (which was the most unnerving few hours of my life to be honest!) and then they asked me to play a show with them in Poland that New Years Eve. From then we did some more shows, and I guess the rest is history." 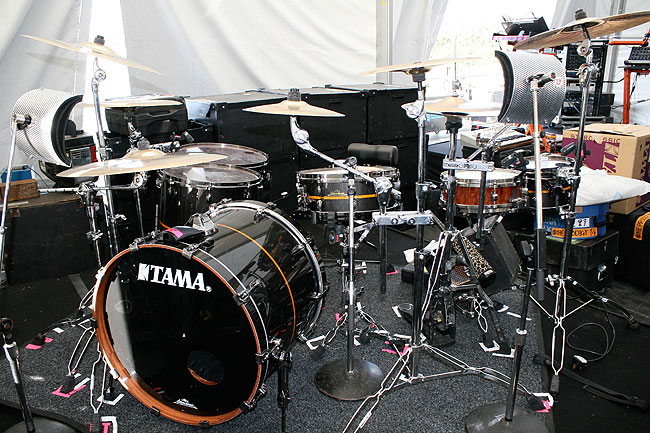 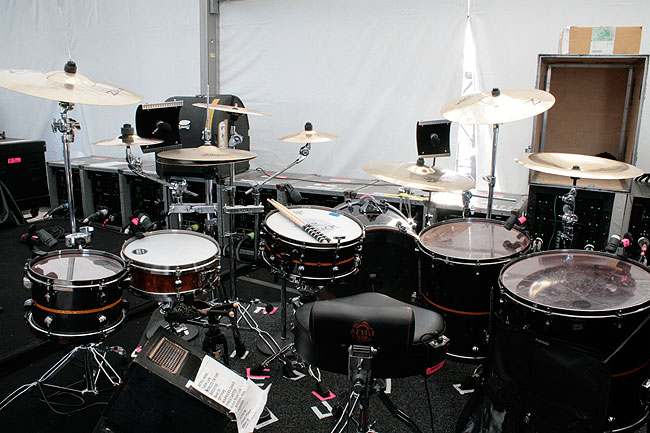 While not drumming Leo is working with his own fragrance brand. BeauFort London is an expression of Leo Crabtree’s deep affinity for the sea, along with his enduring fascination towards the darker aspects of British history. Named for the Beaufort wind force scale, the name represents a way to look at and understand ourselves: constant, enduring, ultimately changeable, and potentially destructive. With stories inspired by Britain’s complicated past, the scents examine this historical legacy through the prism of personal expression, taking snapshots and stories of history as a means of drawing together disparate notes to create sensational olfactory sensations. This collection, title ‘Come Hell or High Water’, draws together three fragrances with unique and diverse characters to express this shared history, and its tempestuous relationship with our modern image of ourselves.