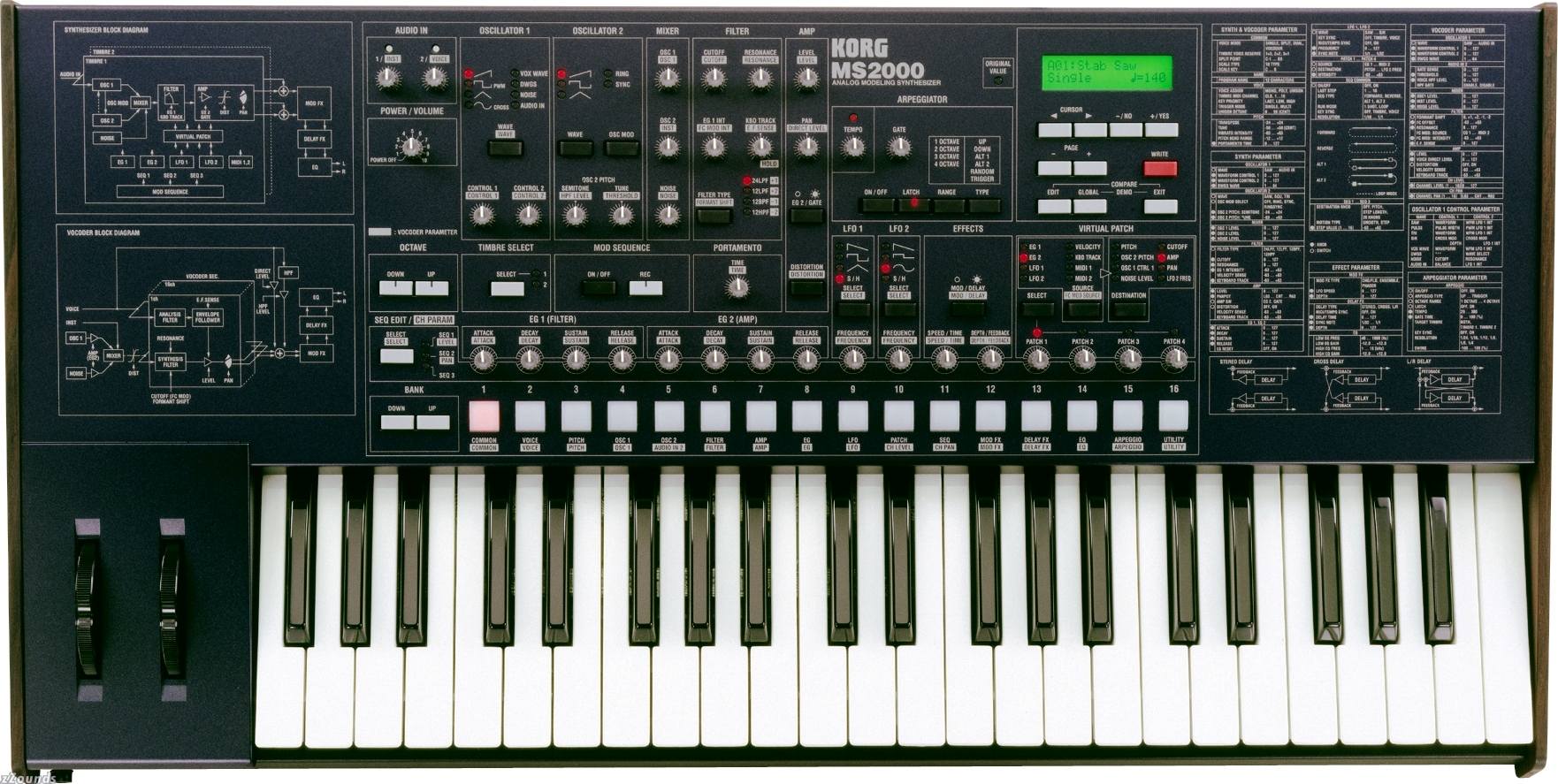 The synthesizer was offered as either a 44-key board or as a rack module, the latter being controlled by an external keyboard controller, hardware sequencer or a computer, making use of the system's very complete MIDI implementation. It was intended to bring the sound and basic functionality of the MS-10 and MS-20 back into the keyboard market, but with the updated technology of Virtual Analog Synthesis. The extensive number of onboard knobs and buttons (over 80) could be used to dynamically edit many of the parameters while playing, as well as be used as a control surface for other synthesizers and sound modules. This capability was the attraction of many analog synthesizers of the past and that real-time editability became the cornerstone of contemporary VA synthesizers.

At the time of the release of the MS2000, Korg was competing directly with synthesizers such as the Clavia Nord Lead and Roland's JP-8000 and JP-8080. While both of these VA machines were powerful in their own right, they were expensive. Korg had to make some sacrifices to be able to offer the much simpler MS2000 at a more reasonable price. The most prominent limitation was the synthesizer's polyphony of only 4 voices.

One feature partially overcame the limited polyphony. If one connected the rack and keyboard together via the MIDI ports, the two devices could be set to produce notes offset to one another, this turning the combined system into an semi-8-voice synthesizer, completely controllable using either of the control surfaces, although it was likely that most players used the keyboard surface as the master control.

This bad boy was seen on 2004-2005 gigs in Liams live setup. It also can been seen in Spitfire video. Many other well known bands are using it too like The Chemical Brothers and Ladytron.