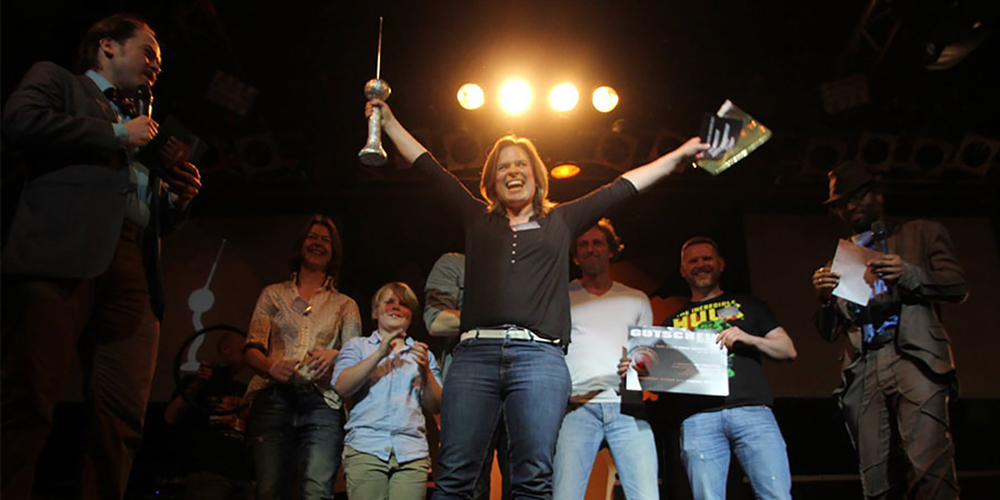 The official music video was posted on the band's YouTube page on 23 February 2015. The video, a stop-motion animation was directed by the Dutch filmmaker Mascha Halberstad and animator Elmer Kaan,features two hunters hunting animals. They later get turned into two animals themselves after a moose that arrives to save the animals puts them into a trance-like state. It also features the fox that was present in the video for the band's earlier single, Nasty.

Easily one of the best videos ever made to The Prodigy. A really gorgeous dutch analogue animation that suits the track so well. Mascha Halberstad told in Dutch Tv interview that Liam came from a soundcheck and turned on the tv and her movie called 'Munya In Mij' was on. Liam liked that and made a phone recording of it and sent it to the record company telling them find out who made this.

She told the assignment was to make a twisted children's animation. When they were animating the video she sent a minute every week to Liam to discuss and Liam brought in some ideas. Originally there was also a different ending but Liam wanted to change it.

This is not the first award for Art Director and Director of Photography Mascha Halberstad. She also won the 2012 International Animated Short Film award at Germany's Schlingel Film Festival for her short "Goodbye Mister de Vries", using no computer effects whatsoever.