We are relevant as fuck. I haven't doubted what we do once

PRODIGY mainman LIAM HOWLETT has dismissed "every single piece of music" released in the last two years to be "a piece of shit".

In an exclusive interview published in NME, Howlett speaks about the Prodigy's hiatus from the music industry, while they have been recording the follow-up to 1997's massively acclaimed 'The Fat Of The Land'.

When asked what he would think if nobody cared when The Prodigy finally release their long-awaited new album, Howlett replied: "Well, if no-one gives a fuck...success to me is finishing the record and thinking, 'Fucking yeah! We're the best at what we do'. Success is being able to play live for the next two years. I'm not thinking 'Yeah, this is gonna fucking sell records'. "

He commented: "I can say, I've sat, for the last two years, and thought: every single piece of music that's come out is a piece of shit. I've thought, 'Fucking hell, we are relevant as fuck'. I haven't doubted what we do once. Nothing is taking our place. " A new album is expected at the start of 2002. 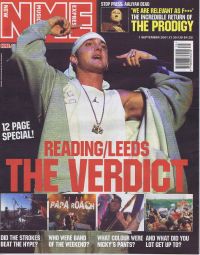 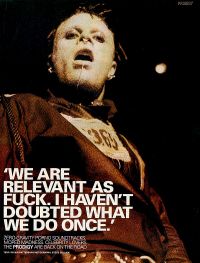 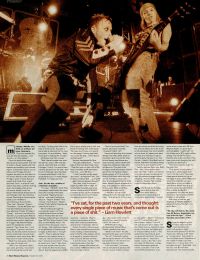