The Prodigy's Liam Howlett: "Rave hasn't been given the props it deserves" 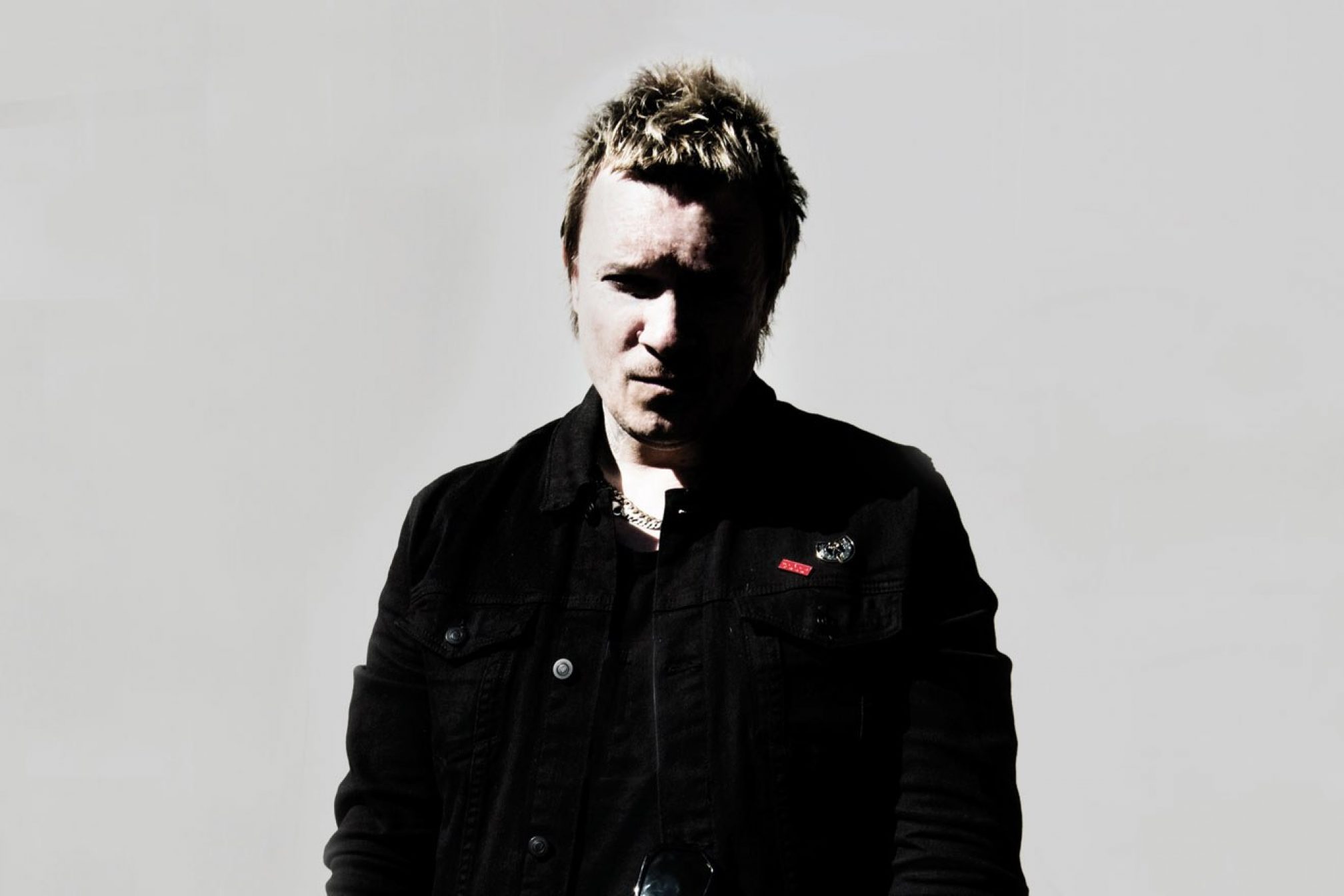 Giants of club culture, The Prodigy are rave survivors who retain that crazed energy in concert and on record. With the exception of their 1992 debut, every one of their six albums has topped the UK charts. Their seventh, ‘No Tourists’, arrived this year and did the same. The band is fronted by vocalists/dancers/hype-men Keith Flint and Maxim Reality, but the man behind the music is Liam Howlett. Born and raised in Essex, his background in piano and early interest in hip hop combined during the rave explosion, and saw The Prodigy sign to XL and become one of the decade’s defining bands. Globe-conquering success came with 1997’s ‘The Fat Of The Land’ and its iconic hit ‘Firestarter’, but unlike many of their peers, The Prodigy have retained a place at dance music’s top table, blasting back in fiery form with 2009’s ‘Invaders Must Die’ and sustaining momentum ever since. We met Howlett in his Kings Cross studio.

The new album has a raw feel, as if you’ve restricted the kit you’ve allowed yourself to use...

Definitely. It’s lo-fi, DIY, that was the ethic. What I tended to do was use the computer as a tape machine and go round jamming loads of stuff. I hate sitting into front of the computer for too long, I like playing music. I’m not really into the new wave of plug-ins
and all that shit, otherwise you tend to sound like everyone else.

The new tune ‘Timebomb Zone’ has a touch of happy hardcore about it!

Absolutely, man. The previous record [‘The Day is My Enemy’] is pretty extreme and violent, coming off the back off a bit of a heated time in the band. This one has the same punch but more street swagger, bringing in those early influences again – more evil rave. I’m proud of where we’re from. Rave hasn’t been given the props it deserves.

Those ‘Back to the 90s’ nights and TV shows are all Oasis vs Blur and The Spice Girls. Seems like a bit of a misrepresentation?

It is. It’s mainly the rock press, innit – that’s why we wanted to stamp it again. Rave was a fucking massive culture. Brit-pop wasn’t really a culture.

It was a media creation.

Yeah, man. When Oasis came out I was into them, but I wasn’t into guitar music. I liked the punkness of Oasis, the balls-
out-ness, but I wasn’t ever into Blur, I wasn’t into any of that. Right at the beginning my mind didn’t want to hear anything apart from east London pirate radio.

Earlier you mentioned “a heated time in the band”...

It’s just normal, three dudes growing up together, in each other’s faces all the time. It’s sometimes fucking hard, but this album was so much easier than the last one. It’s always me and Keith, the friction, but we’re great now, man. It’s the time it takes to write an album. It’s frustrating for me and for them. Imagine the frustration: they come in, do a vocal, and it sounds pretty good. Next week it’s totally changed, then I put it on the shelf and I’m doing something else. Keith and I have a working relationship and we’re best friends; those two don’t go together. We try and navigate it, but we have to leave friendship outside the door when we come in here.

What does ‘No Tourists’ mean?

For us it’s about how easy it is to be led into a way of thinking, maybe via your phone. People have forgotten how to explore. It’s a reminder that there are darkness and excitement if you go left, away from the package holiday. But it’s open to interpretation.

How do you feel when people embrace your music as a release for anger about political issues?

Totally fine. In Serbia in the 90s, kids took on ‘Firestarter’ as an anthem. It became so important to them – the soundtrack to their rebellion. It’s quite emotive hearing about that. We’re always happy to represent the rebels but don’t ever want to be preaching.

The new album and the last one are pretty angry-sounding. Are you full of rage?

I’m probably… fairly angry [laughs]. I don’t know why I always feel like this, I just don’t know. Whatever it is, I don’t care, because it helps me write the music and express myself. I’m only really interested in music with tension in it.

The Prodigy’s music has always contained a good dose of hip hop. Who were the key hip hop artists that originally influenced you?

The Bomb Squad who did Public Enemy. I didn’t necessarily relate to [Nation of Island leader Louis] Farrakhan and Malcolm X in the lyrics, but everything else got me, the sound of the voice, the beats assaulting my ears. Paul C: he got killed but he was responsible for Ultramagnetic MCs’ beats and so many big New York hip hop records. Marley Marl’s a great producer. Then when Wu Tang came out, they took it raw, back to the streets, away from gold chains and money and all that shit. Me and my crew from Chelmsford used to tune into Westwood on Kiss FM. One night he was like, “Yeah, heading to Yarmouth, doing a jam up there,” so we rolled up on this particular night at the beginning of ’89. It was all NWA ‘Straight Outta Compton’, great, then Westwood played his last tune and it turned into an acid house party, Lil Louis or something. All these drapes come down, strobes come on, my mates were, like, “Fuck this, let’s go,” but I was like, “I wanna check this shit out.” All the hip hop people filtered out and all these zombies crawled in. I was on the balcony and watched it happen. Hip hop was always about leaning against the wall, bigging up the tunes, but this was something different I’d never seen before: communication, dancing, mooching with each other. I couldn’t get my head around how simple the music was. I watched for an hour, then we left. But that was enough…

That was you hooked?

At the time I was working for a magazine in Old Street called Metropolitan. I bumped into a friend as I was going to work one morning and he was coming back from a rave. He said, “Oh man, you gotta come with me, it’s fucking unbelievable.” I ended up going to a party a few weeks later then going out for the rest of ’89 and the whole of ’90. I used to do acid but I was always wary,
I wasn’t “Give me three of them and I’ll see what happens.” I started carefully; it was new ground to me as I’d only smoked weed before. I only did it for a few months but it really opened my mind. That sounds so clichéd but it let more inspiration in, or something. The biggest buzz wasn’t going out doing pills, it was listening to the music then coming home to write music.

Later on, when massive global success arrived, didn’t you buy an Essex country mansion and paint the swimming pool black?

Merks Hall. I painted the whole house black inside. That was the second house. Originally I lived next door to Keith. I bought a property with outbuildings, cottages. Keith and I did the whole thing together. He lived next door. Then I was driving down the road one day, looked across a field and saw this house. Something drew me to it, a mad house in the middle of a forest. I ended up buying it. It had lots of land and I liked idea of tearing around on a bike, making as much noise as I fucking could.

The Prodigy is often associated with cars, bikes, speed, velocity…

Back in the 90s you could go out at night and tear around at ridiculous speeds without police helicopters in the air and all that. It’s more Keith, to be fair, with his bike racing. For me, when we come off the road, I always have music to go to. Even though I’ve finished the album I’ll come in here and write a beat because I fucking buzz off it. With Keith, bike racing gave him the adrenaline he wasn’t getting from being on stage. When we lived next door to each other, I was sitting in the house one day and I could see Keith’s house across the field. I saw his head above this fence, flying round. What the fuck’s he doing? He’d made a go-kart and was flying round this track he’d made. Such a laugh.

After all these years touring, do you have a health regimen?

When I head into a tour I try to get in shape a bit. With this album I was trying to take myself to the edge of insanity. I’d come in here at 9am, work until 12, sleep a couple of hours, wake up, work ’til midnight, drive home, work there until 4am. Four hours’ sleep a day, plus the sleep in the studio, absolutely fucked, running on adrenaline, trying to push the mind. If you go into work at the same time every day, how can you expect different results? What’s the maximum I can get out of a day? How much sleep can I not have? What happens if I sleep at different times? I tell you, I was absolutely torn apart – mental!