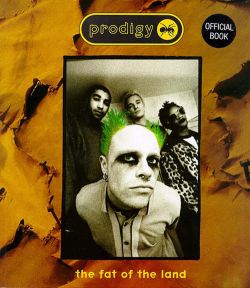 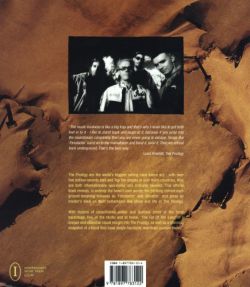 Prodigy The Fat Of The Land Official Book

"The music business is like a big trap and that's why I never like to put both feet in to it - I like to stand back and laugh at it, because if you jump into the mainstream completely then you are never going to escape. Songs like 'Firestarter' burst on to the mainstream and bend it, twist it. Then we retreat back underground. That's the best way. " Liam Howlett, The Prodigy

The Prodigy are the world's biggest selling hard dance act - with over five million records sold and Top Ten singles in over thirty countries, they are both internattionally successful and critically revered. This official book reveals, in entirely the band's own words, the thinking behind such ground-breaking relases as 'Firestarter' and 'Breathe', and gives an insider's view on their remarkable live show and life in The Prodigy.

With dozens of unpublished colour and duotone shots of the band backstage, live, in the studio and at home, 'The Fat Of The Land' is a unique and essential visual insight into The Prodigy, as well a stunning snapshot of a band that have single-handedly redefined modern music.

This book was published by Omnibus Press in 1997. It's a true Photo History of the Prodigy. It was collated between Martin Roach and Liam Howlett during the making of The Fat of the Land album. Liam selected the shots for the book from 1000 collected images. He also co-designed it. The interviews were exclusively for the book and most of the pictures are unpublished. This book is a visual complement to Prodigy: Electronic Punks. The book is fantastically laid out and designed well. Filled with awesome color and black & white photos in glossy format and quotes from the band members. If you are a big fan, this is a must have item!