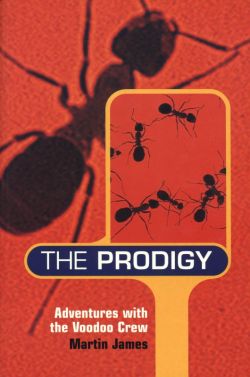 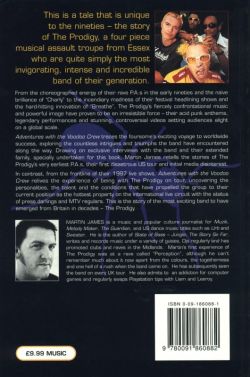 Adventures with the Voodoo Crew

This is a tale that is unique to the nineties - the story of The Prodigy,
a four piece musical assault troupe from Ess.ex who are quite simply the most
invigorating, intence and incredible band of their generation.

From the choreographed energy of their rave P.A.s in the early ninetiesand the naive brilliance of "Charly" to the incendiary madness of their festival heading shows and the hard-hitting innovation of "Breathe". The Prodigy's fiercely confrontational music and powerfull imagehave been proven to be an irresistible force - their acid-punk anthems legendary performances and stunning, controversial videos setting audience alight on a global scale.

Adventures with the Voodoo Crew traces the foursome's exiting voyage to worldvide success, exploring the countless intrigues and triumphs the band have encountered along the way. Drawing on exclusive interviews with the band and their extended family, specially undertaken for this book, Martin James retells the story of The Prodigy's very earliest P.A.s, their first disastrous US tour and initial media disinterest.

In contrast, from the frontline of their 1997 live shows, Adventures with the Voodoo Crew relives the experience of beeing with The Prodigy on tour, uncovering the personalities, the talent and the conditions that have propelled the group to their current position as the hottest property on the international live circuit with the status of press darlings and MTV regulars. This is the story of the most exiting band to have emerged from Britan in decades - The Prodigy.

MARTIN JAMES is a music and popular culture journalist for Muzik, Melody Maker. The guardian, and US dance music titles such as Urb and Sweater. He is teh author of state of Bass - Jungle. The Story so far, writes an records music under a varity of gueises. DJs regulary and has prooted his clubs and raves in teh Midlands. Martins first experience of The Prodigy was at a rave called "Perception", although he can't remember much about it now apart from the colours, the togethernes and one hell of a rush when the band came on. He has subsequently seen the band on every UK tour. He also admits to an addiction for computer games and regularly awarps Playstation tips with Liam and Leeroy.

Comments:
The first serious profile of the Prodigy written with the full cooperation of Prodigy member Liam Howlett. In the summer of 1997, music journalist Martin James toured with the Prodigy, watching them put the final touches on their new album 'The Fat of the Land'. Written with the close input of Liam Howlett and drawing on exclusive interviews, he offers an informed, in-depth look at the band and their music. Mentions Leeroy's solo project 'The Longman' and Maxim's own solo project as well. Also features a few nice b/w photos. This is the book you need to have!

Photos from Adventures with the Voodoo Crew 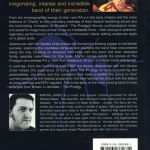 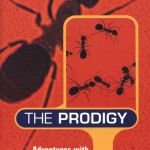 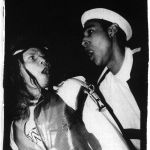 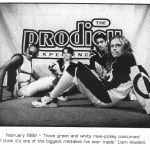 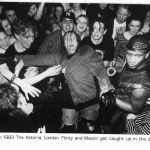 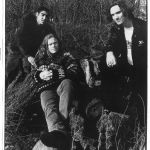 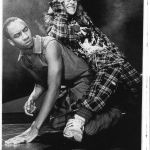 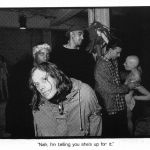 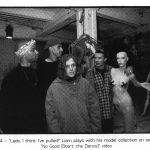 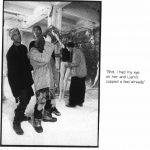 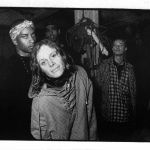 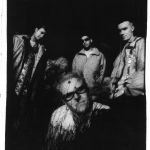 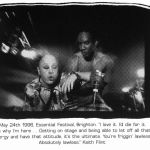 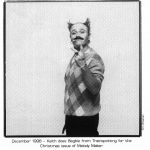 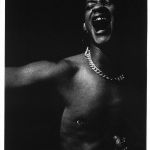 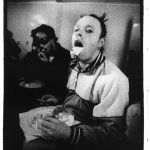 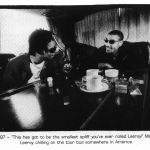 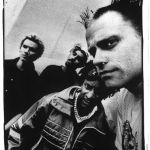 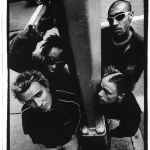 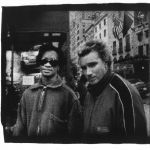 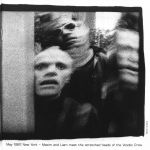 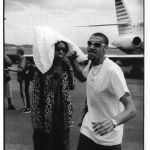