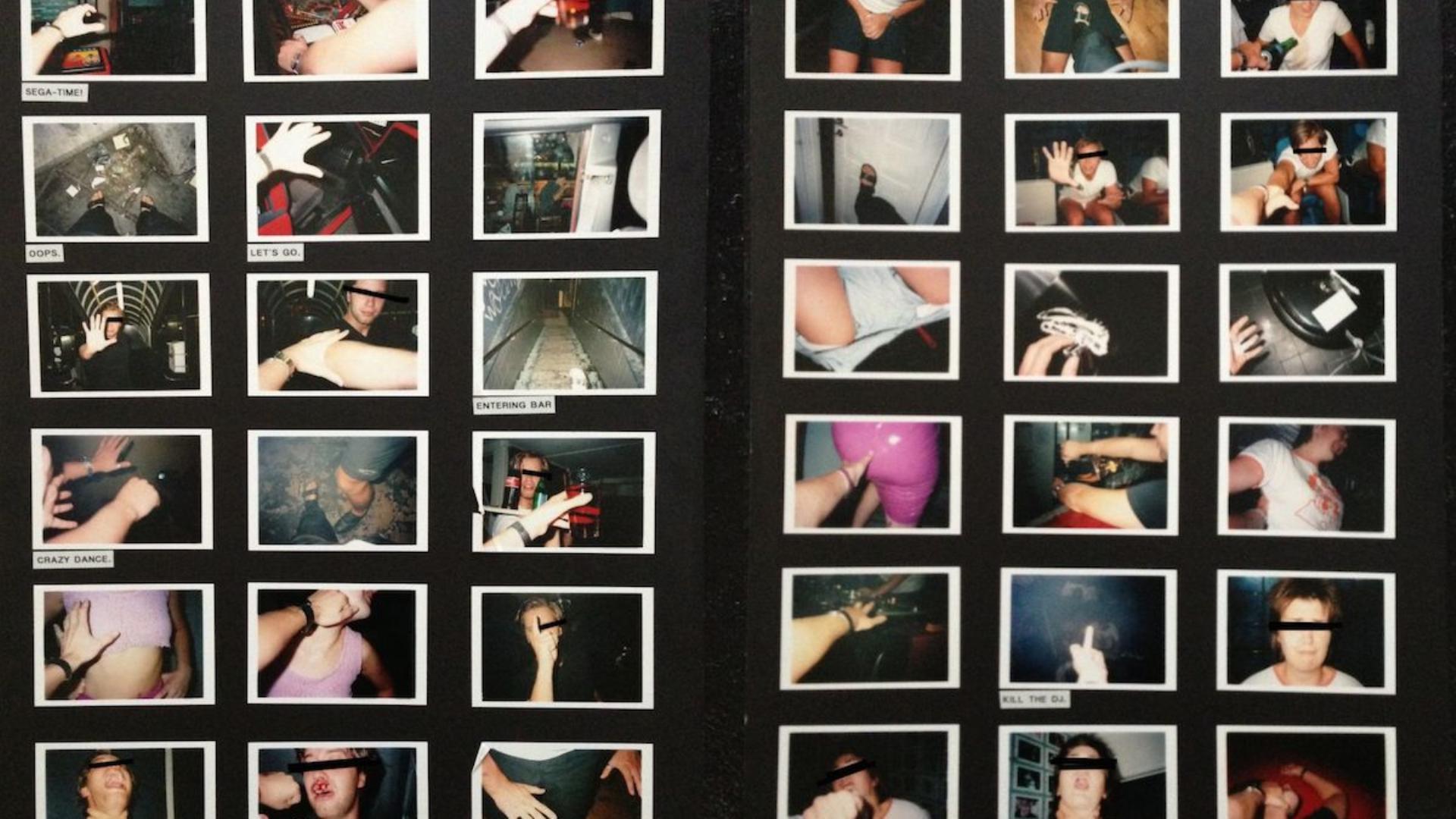 Today, Jonas Åkerlund is known for directing Madonna's "Ray of Light" and Lady Gaga's "Paparazzi." But he got his big break with the controversial video for "Smack My Bitch Up" by The Prodigy. The director told us the story of how it came to fruition.

Even if you haven't heard the name ​Jonas Åkerlund before now, you've definitely seen some of his work. The longhaired former Bathory drummer is now one of the most iconic music video directors of our time, having made a couple of pop classics like Madonna's "Ray of Light" and Lady Gaga's "Paparazzi." Before all of that though, he got his big break with the controversial video for "​Smack My Bitch Up" by the Prodigy. Apparently, the idea for the first-person POV video, where a woman does a bunch of drugs, goes out and gets wasted, and then brings a pretty lady home to get frisky with, was based on a night out that Åkerlund had in Copenhagen. We called Jonas up to hear what went down that particular evening. 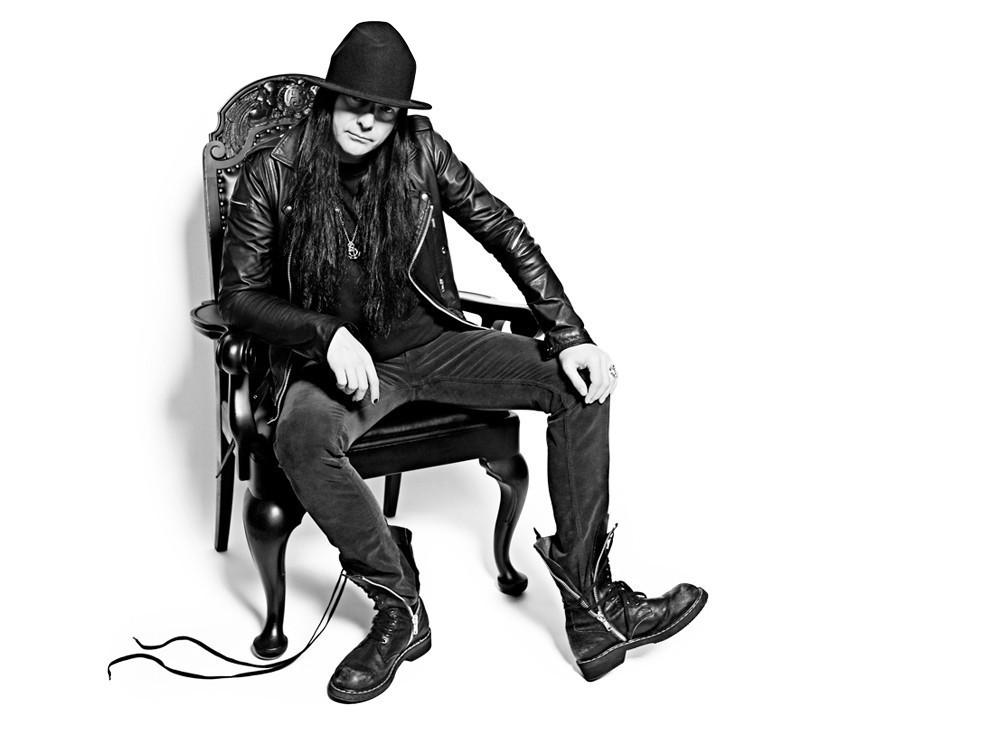 VICE: Hey Jonas, how's it going?
​Jonas Åkerlund: Hey, I'm freezing my balls off over here in LA, but it's good. Thank God you're speaking English, I was afraid that this would be in Danish and I'm totally shit at it.

When was the last time you were over here in Copenhagen?
​I've gone every summer since I was young, actually; been in and out of the city my whole life. Now it's a little different though, I mostly just take the kids to Tivoli and have some nice dinner.

So it was a little crazier in your youth?
​Oh yeah, it used to be the place to go and get wasted and smuggle beer and alcohol back to Sweden because it was a lot cheaper. We used to get a private boat, before the bridge to Sweden was built, and just sail it over. But it's not illegal to bring booze back anymore, so that thrill is gone. Copenhagen was the place to go and see uncensored movies, too, because it's always been a lot more open over there. I remember seeing Evil Dead 2 there back in the day.

Rumor has it that the "Smack My Bitch Up" video was inspired by a crazy night out in Copenhagen, can you tell us about that night?
​I actually don't remember much of that night at all. Not because we were too wasted or anything, but because it was a seriously long time ago. I think it's better if I start from the beginning of the whole thing, is that ok? 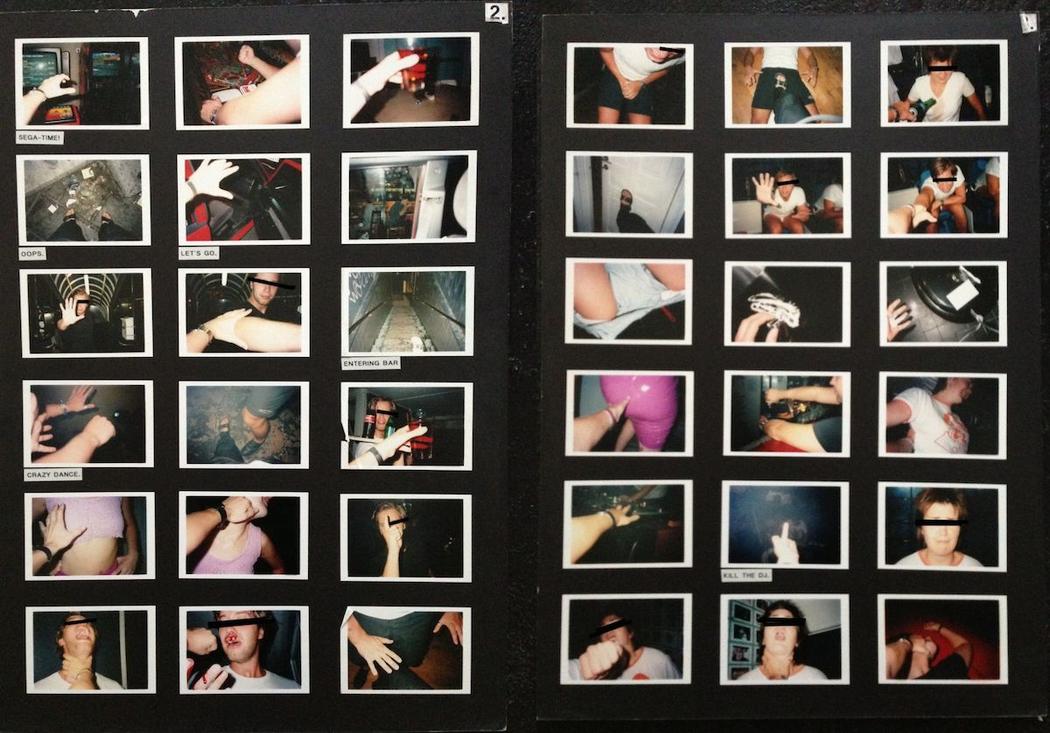 Jonas's storyboards for "Smack My Bitch Up," which he made by following a couple around getting wasted in Stockholm.

Please do.
​Well it was a random series of coincidences that got me the video in the first place. I hadn't made anything outside of Sweden yet, but I was lucky enough to have worked with Roxette, who were big internationally, so that gave my work some kind of spread. I got a call from Liam from the Prodigy one day and he invited me to his house in Essex to talk to me about making a video for their new single, "Smack My Bitch Up." I was pretty excited, because these guys were really cool and here I am, this longhaired metal dude, totally out of my element. So he showed the rest of the guys a video I made for a ​Per Ge​ssle track "Kix," and I got the job.

And then you decided to make it about this night in Copenhagen?
​No, actually. I had absolutely no ideas at all. I even ended up canceling the job because I couldn't think of anything great; my mind was totally blank. So I had to quit the job. I then decided to take one of those Copenhagen escapades with my friend Hans to blow off some steam. We took the ferry from Helsingborg to Helsingør and then drove down the coast to the city and got a room at Hotel Kong Frederik, which was probably way out of our budget. I have no idea why we ended up there.

That's when the night got crazy?
​Well, like I said, I don't remember much of it, but what I do remember is at the end of the night Hans and I were at a strip club around the corner from the hotel. It's not there anymore, though. We were totally wasted and I kept losing him, so I remember at some point going into the bathroom and finding a locked stall and thinking Hans was stuck in there and something went wrong, so I kicked open the door and it was just some poor random dude taking a dump. That image in my head of kicking down the door and finding a random guy taking a dump is what gave me the whole idea for the video. I called the guys from the band the next day and said I had an idea if they wanted to give me the job back. 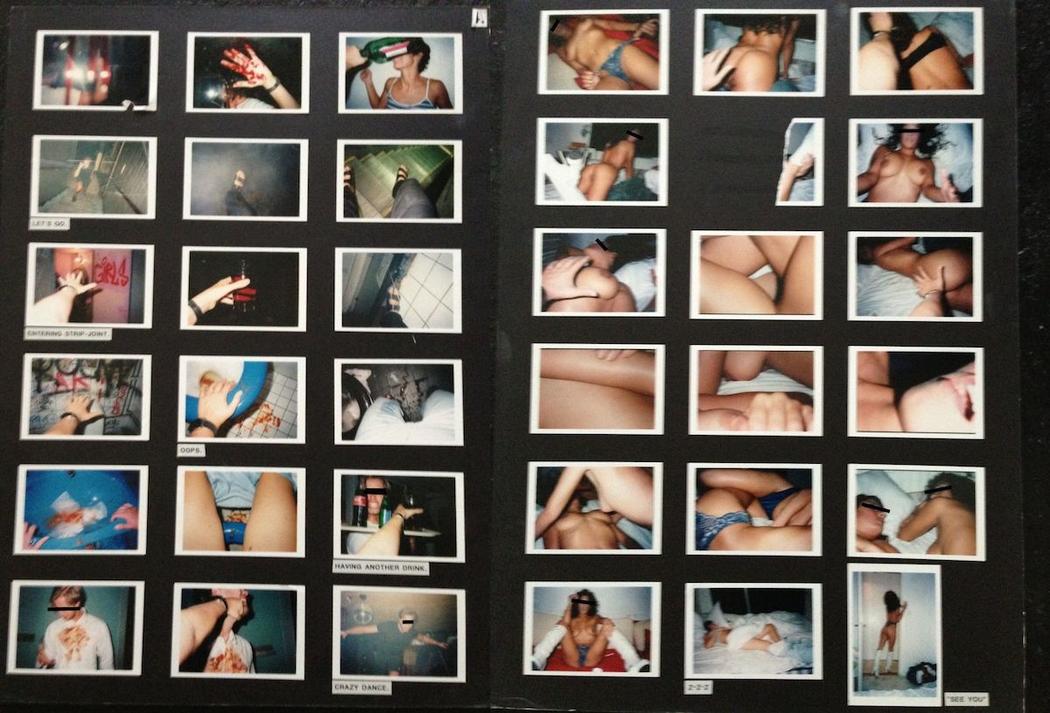 How come the main character ended up being a woman instead of you?
​I literally didn't think much about it, other than it would be an unexpected twist if this crazy party person was a woman and not a man. Some feminists loved it and some hated it. It was supposed to be outrageous and over the top, and we considered it comedy when we watched it later.

What was the actual shoot like?
​It was absolutely crazy. We shot the whole thing in one day in London and we didn't have GoPro or anything back then so we had to tape a gigantic old 35-mm film camera onto Henrik, the director of photography, and the poor guy had to wear it all day. I even have photos of him napping with it on. Plus we were constantly trying to hide from my bosses because they had seen the storyboards that we made with tits and blood all over them and they told me I'd be fired if I made it like that.

Did the band love the video when they first saw it?
​Nope, I got fired after the first edit. They had been hassling me for a rough edit so I threw something together without any effects or anything and sent it off on a VHS, and then I got a fax telling me that the label hated it, I was fired, and to stop working on it. The funny thing is after they stopped breathing down my neck I could say "fuck it" and do it how I wanted. So I ended up finishing it and sending it to the lead singer just to show him, and he loved it.

Luckily. And then you went on to make Madonna's "Ray of Light" video, how the hell did that happen?
​Well that's a whole other interview but yeah—she saw "Smack My Bitch Up" somehow and loved it, and actually called me personally to ask me to work on her video. I didn't believe her so I hung up and she had to call me back and convince me it really was Madonna.