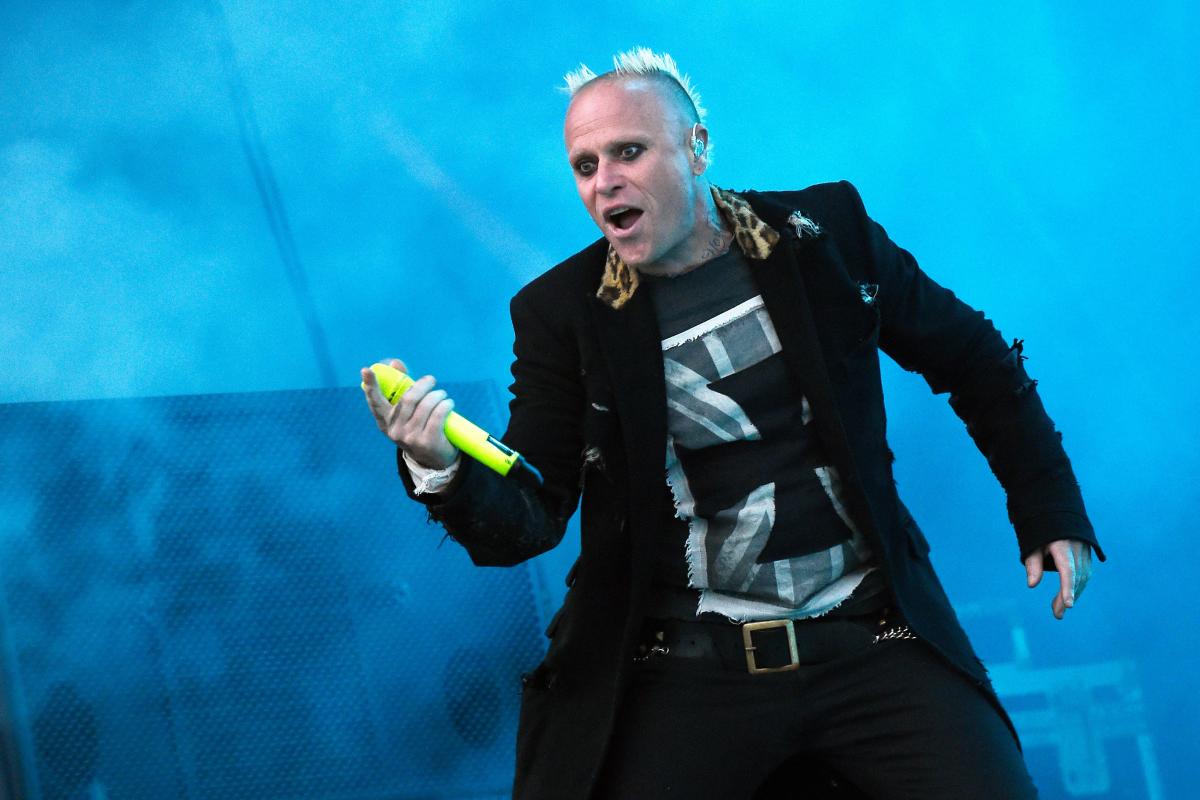 The Prodigy singer, who is about to turn 40, tells about battling his addictions and finding peace in rural Essex

Back in the Prodigy’s 1990s heyday, Keith Flint  was known as the “scariest man in music”, with his tattoos and nose studs and his manic onstage persona, but in person it turns out that he is exceptionally gentle and has impeccable manners. True, he swears like a trooper, but after he accuses someone, often himself, of behaving like a c***, he promptly apologises, before using the word again.

When we meet over a large bottle of fizzy water and a bowl of fruit off the Portobello Road in Notting Hill, West London, he realises immediately that I am no rock journalist. I had tried — oh, how I had tried — to listen to the Prodigy’s new album Invaders Must Die. But Flint is sporting enough not to ask me my views.

We talk, instead, about his Tudor home in Essex — a source of pride. Flint worries that because he is an Essex boy, readers will think his house, set in ten acres, is a mock-Tudor Barratt home, when in fact it is a listed historical treasure outside Felsted, with a priest box in the roof. The village features in the Domesday Book, and Cromwell mustered his troops on Flint’s property, which he has meticulously restored from the ruinous state in which he acquired it.

He bought the surface of an entire street in Bristol so that he could secure the right cobbles for his driveway. Then he hunted down 19th-century porcelain toilets and matching hand basins to get the feel right in the bathrooms. “It’s very boring and very un-rock’n’roll to talk about it, but I do love my house,” he explains apologetically. “I sold on the cobbles that I didn’t need. I’m from Essex you see, so I’m quite a dealer.”

When not touring with the band, he’s at home, with his six dogs roaming the extensive grounds, which is an important detail because Flint says that the dogs were the main reason he did not kill himself when things were not going so well in his life.

Prodigy were huge in the 1990s, and Fat of the Land went double platinum. They have sold more than 17 million albums worldwide and, unlike some of the Brit bands of the 1990s such as Oasis, they cracked the American market. After a period of inertia after the turn of the millennium, Invaders has sold all over the world, boosted by a recent bravura appearance at Glastonbury. In the Nineties, parents worried as their teenage children disappeared to dance clubs to take Ecstasy and grind around to their most infamous numbers, notably Smack my Bitch Up and Firestarter. It is hard to square this image with the man now sitting calmly in front of me.

He still has the tattoos and nose stud, but he is teetotal and much more likely to be found these days in the gym, boxing or practising Brazilian ju-jitsu, than disappearing to the loo for a line of coke.

For a while during the band’s downturn in fortunes, many of Flint’s friends would not have bet on his reaching his 40th birthday next month. He is at first reluctant to talk about this phase of his life because, he says, “drink and drugs hell” is a self-indulgent clich?, and he has never wanted anyone to feel sorry for him.

Flint had a tough upbringing in Essex. He no longer speaks to his father. He was a bright boy with severe dyslexia, so he was disruptive at school and was sent to psychologists to be sorted out, though they found that there was not a great deal that they could do for him. “I’ve always had mental problems, so to speak. I’m incredibly self-destructive,” he says.

He spent much of his youth locked in his room, listening to the Jam, banging his head against the wall. His first job was as a roofer in Braintree before he was asked to join the Prodigy, first as an onstage dancer, then as vocalist.

He had spent much of his early life hating his father, but as the Prodigy came to prominence, he took a view that he was not going to waste emotional energy feuding with him, so he simply cut him out of his life.

He took his share of drugs and of the girls who threw themselves at the band, but in those days, the main high came from getting on stage. When the Prodigy went into abeyance it was, he says, like “a death” to him. “You see, the band is everything to me, it’s the only thing I’m really proud of about myself.”

To cheer himself up, he bought a Ferrari, and then felt profoundly ashamed when he realised that it had depreciated in value by £60,000, which was more than his grandfather had earned in his life. “I got bang into coke, weed, drinking a lot. This made me reclusive, boring and shallow.”

But an even bigger problem was his dependence on prescription drugs. “I’d line up rows of pills and just take them and take them and I’d lose track of how many until I passed out.” I ask him if he was then specifically suicidal. “I guess so. But you need a lot of balls to kill yourself. I was a coward.” And then, when our conversation threatens to become too solemn, he says that he could not have really done it because his dogs would never have forgiven him.

His life now is scarcely recognisable from that dark trough, partly because he says of his immense good luck in meeting a “beautiful, f***ing cool” Japanese DJ who spun discs in Tokyo under the moniker of Super Megabitch, but who these days prefers to be known by her given name, Mayumi. “We were touring and she just walked into this room we were in, and you know how it is, I just couldn’t talk, I was overwhelmed. I’d done my share of drugs and shagging around. Look, we all like to get busy, but in truth I was a bit worn through with it.” So they were soon an item, and married three years ago in Felsted, and Flint has found someone to love other than his band. “We’re not exactly planning to have children, but we’re not planning not to either,” he says enigmatically. Around the time of his marriage he gave up drugs, cigarettes and alcohol. Mayumi indulges Flint’s remaining addiction, to motorbikes. Often at weekends, they head off somewhere in Europe on a road trip to attend a motorbike grand prix. “We take one of the Range Rovers, and plan our route, and stay in hotels along the way, nothing lah-di-dah.”

Otherwise, they stay at home and explore rural Essex. “We like to take picnics and sandwiches, driving through the green lanes. My wife loves the house, the dogs, and the animals we have around us, the deer and the fox that comes and pokes his head through the hedge.”

Or they entertain friends, who tend to be neighbours and have nothing to do with the music world. Flint will jog, or take the dogs out on a mountain bike. He concedes that he “burns a lot of petrol” with his cars and motorbikes, but points out in mitigation that he has planted 80 native trees on his property, and put in half a mile of indigenous hedgerow. His weekend existence now is more that of a country gent, albeit with facial jewellery, than a rock star’s.

Flint, as he emphasises, absolutely loves the band and the music that they produce, but he does not take himself, or his “art”, too seriously. 40 next month holds no horrors for him. These days he is wiry and fit, and has never felt better.

“I’ve taken this vessel of a body to every corner of the Earth, and already done more than most people could even dream of.” He won’t be slowing down, and wouldn’t mind cracking on well into his sixties like the Rolling Stones and other ageing rockers. “But it mustn’t become a pantomime,” he adds sharply.

Cornwall or the Caribbean?
Cornwall

Owl or lark?
Owl. I rescued one as a child and it brought me good luck

Beer or wine?
Neither now

Mobile phone on or off at weekends?
Off

Jeans or a suit?
Jeans

Film or theatre?
I saw Gran Torino on a flight

Sat-nav or sense of direction?
Sat-nav

Computer game or board game?
Board game

Book or DVD?
I’m dyslexic so I download talking books on to my iPod — I’ve got Russell Brand’s My Booky Wook and Lance Armstrong’s memoirs at the moment.