Prodigy and Massive team up

Liam Howlett from the Prodigy has recorded a track with Massive Attack's 3D. The pair met end hit it off at the Mount Fuji Rock Festival in Japan two years ago. The track - as yet untitled - is set to appear on the soundtrack to Thailand travellers' tale The Beach, starring Leonardo DiCaprio, and has not been ruled out as a future single. The Beach is based on Alex Garland's best-selling novel of the same name and the film is due out later this year.

The soundtrack is being compiled by Pete Tong and artists expected to appear on the album include Leftfield. "Liam's been doing a lot in the studio," said a Prodigy spokeperson, "and this was the first thing to be finished. We're not absolutely certain how it's going to come out. Liam described it as 'fucked up, Beach Boys type shit'!" 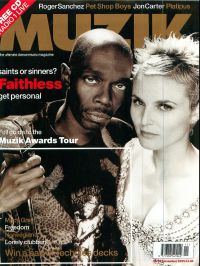 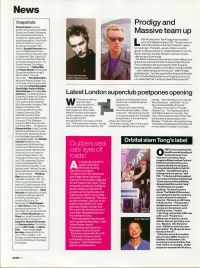