Prodigy at the London Brixton Academy

Liam Howlett, poised behind his keyboards in the middle of a set that, with a brilliant incongruous sense of kitsch, recreates a cosyfront room, orchestrating a Technicolour mayhem. It soon becomes apparent that his supporting cast have yet another new star. Gizz Butt, who looks and behaves like a flame-haired cartoon version of Sid Vicious, exhumed and adorned in ceremonial leather studs, and plays his guitar as if he desperately wants to be in Discharge.

Actually he may may well have been. Thanks to him and to Howlett, The Prodigy have now finally transformed into the world's most genuinely modern punk band. So everything is astonishingly heavy: thrash-hop, in fact, that takes the bludgeoning beats of 'Poison' as its starting position, hurtles through 'Firestarter's' demented headbangorama and half-a-dozen more similarly punishing new songs, and climaxes with the new-ish single, 'Breathe', that very roughly resembles a hip-hop jam gate-crashed by the Sex Pistols and is, implausibly, fabulous. At about 2:30am, a section of Brixton Academy's false floor nearly collapses as The Prodigy entertain a stage-invading gang of Spice Girl rejects during 'No Good [Start The Dance]'. It's around now that Liam Howlett becomes the new King of Heavy. 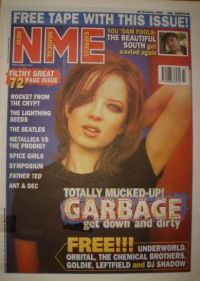 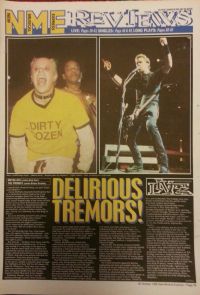