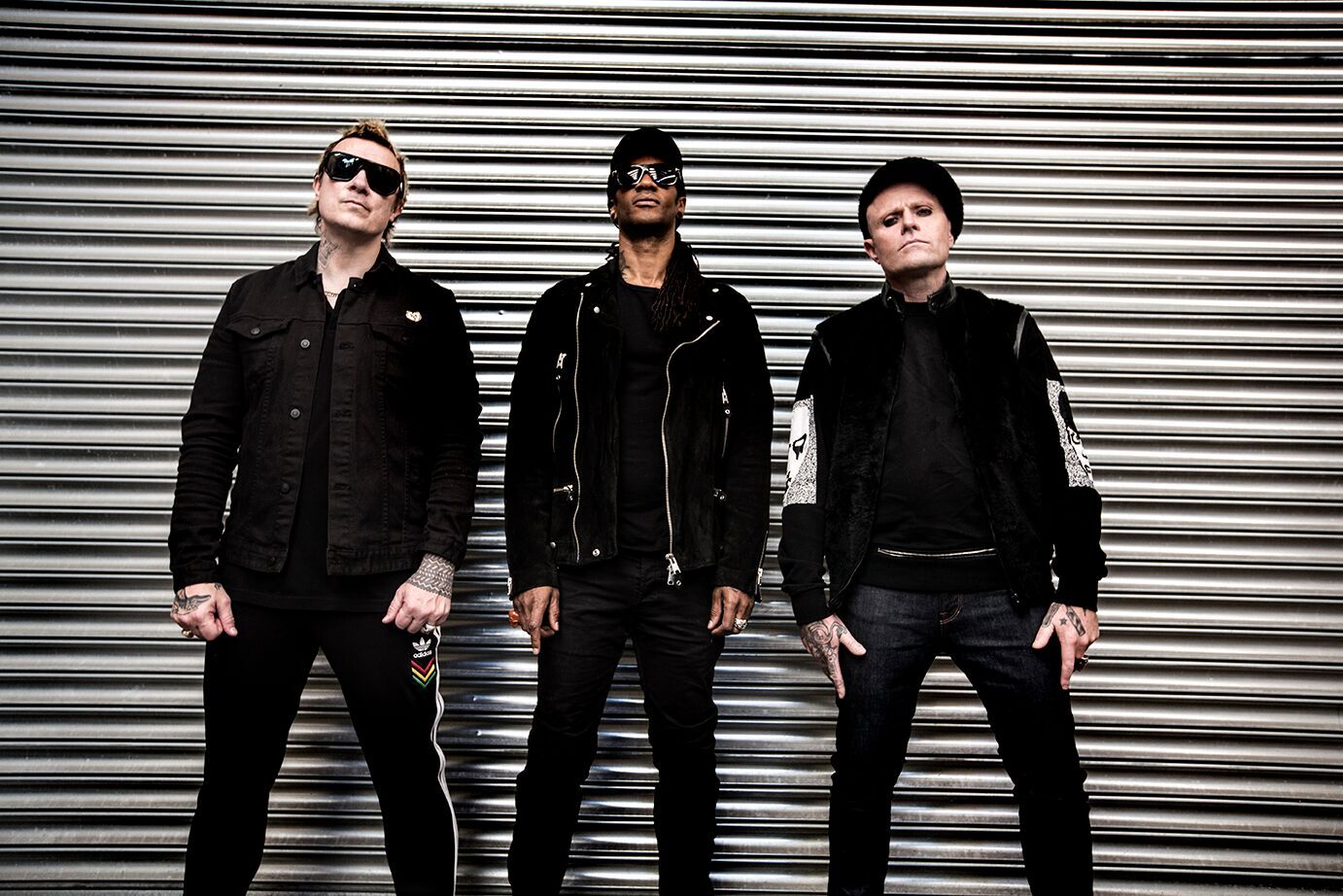 British electronica band the Prodigy will play in Perth this month following the release of their seventh album, No Tourists.

If you weren’t attending raves in the mid-90s then there’s a chance you might not be too familiar with the Prodigy.

But, even if big beat electronica isn’t exactly your genre of choice, the British band deserves your attention and respect.

In November, the Prodigy joined the likes of Elton John, Paul McCartney, Coldplay and George Michael with seven No. 1 albums in the UK charts.

“You can’t keep the boys down, you know what I mean,” Prodigy founder Liam Howlett says proudly over the phone, backstage after a gig in Wales.

The group — which formed in 1990 — released seventh album No Tourists on November 2. It was met with a rapturous reception from their legions of loyal fans.

“In this world we live in now, this day and age, you’re fighting against the world of pop music and just to get above that to get heard is great,” Howlett says.

Howlett and his band mates, dancer and vocalist Keith Flint and MC and vocalist Maxim will head to Australia this month to play their new album to Aussie audiences.

“We put a lot of work into this record,” Howlett, 47, admits. “It was really intense this record, the recording process. Once I’m in the studio, I’m in and I can’t really do anything else.

“I totally commit. I think it’s the way my head is. If I don’t throw myself fully into it, I kind of just float around and it never gets done.”

We carry on and we don’t change and we feel very proud of that.

For Howlett getting back to basics was the key to No Tourists.

“I mixed Firestarter and Smack My Bitch Up myself in the 90s and I’m so fed up with big studios, I find that bit really frustrating.

“I just wanted to eliminate that frustration and so I just did it as I was going along.”

After seven albums and 28 years on the road, the Prodigy are one of those rare bands that never stopped making music.

To this day, Howlett — a father of one, married to All Saints member Natalie Appleton — doesn’t have any plans of slowing down, even though he’s just a few years away from 50 with no doubt a healthy nest egg to retire on.

“When I’m going to retire, I’ll just retire,” he says.

“We didn’t think we were going to last three months as a band. I’m still surprised we’re here. So while we’ve got the fire, we carry on!

“We’ve got the energy. We don’t even need to question it. If we’ve got ideas and we feel excited about it we carry it on.

“We’ve been around for years now and we’re realists. We keep it real. We always make sure we can do our job properly.”

Plus, there’s the fact that after all these years, Howlett says the trio really do still love each other.

“The good thing about our band is that it’s such a great team,” he says.

“Maybe that (fact) people don’t realise about us is that each period of the band, each of us have taken the lead. Sometimes it is me and then during the Firestarter period, it was Keith and we all followed Keith and then during Poison, we followed Maxim. Whoever has the good idea at the time takes the lead.

“We’re so locked in as brothers together. We fight and we argue like brothers but we always back each other up and come together.

“I think now, from being on the road for so long, we know when to give each of us space and we have a laugh. That’s what keeps us young, the touring.”

Speaking of touring, Howlett admits there’s a reason very close to his heart that he’s particularly looking forward to making his way to Australia.

Appleton and girl group All Saints are touring Australia at the same time as the Prodigy.

Missing from the family trip will be the couple’s 14-year-old son Ace.

“I’d bring him with me but he’s got a bit of school,” Howlett says. “He can hang anywhere, he’s a cool kid. He can come anywhere on tour with me, he’s just great.

No Tourists is out now. The Prodigyplay RAC Arena on January 24. Tickets from Ticketek.